This is the greatest Sunday evening I’ve ever spent, told me Francisc, an ex-colleague whom I met on the main boulevard of Bucharest, where thousands of people were marching against the mining plans at Rosia Montana, an area of historical and geographical importance.

The protest started at Universitate, then continued on the boulevard connecting Piata Universitate to Piata Victoriei (where the Government is located). After knocking at the Government’s door ( symbolically only, sadly) and no one answered (of course), people returned to Piata Universitatii where they sat on the pavement and for about five hours or more they jammed with plastic bottles. It was some sort of political Woodstock and there was a real feeling of joy. Even only for being together with some strangers around you, on the main street of Bucharest,  in front of its highest hotel, who looked huge seen directly from the ground, at 1 a.m. For me it was the best party I’ve attended in months.

This is a raw audio piece I’ve stitched from the little pieces recorded all through the evening and it ends with the drums-like plastic bottle sound. 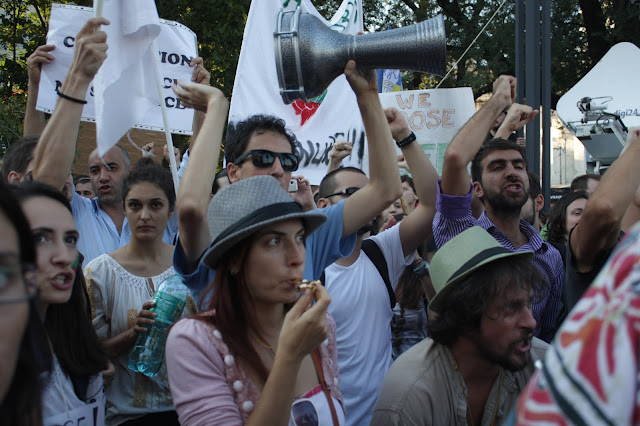 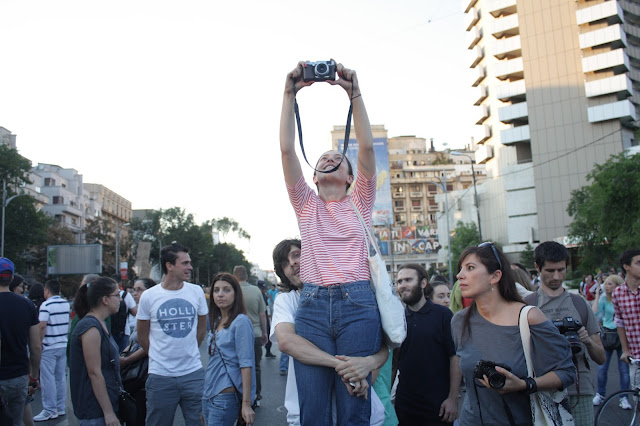 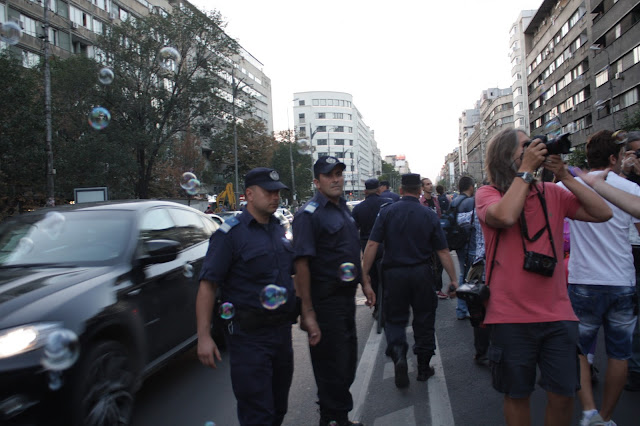 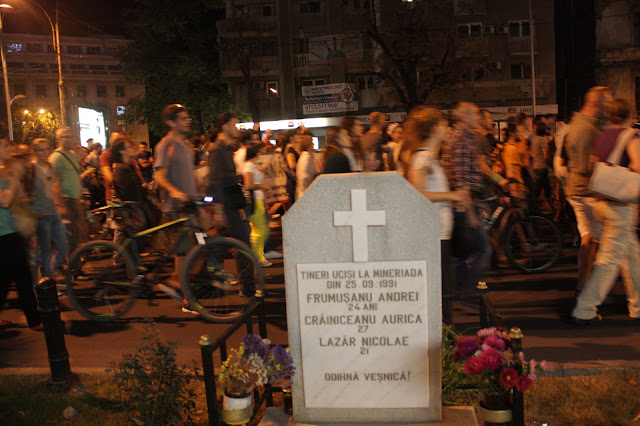 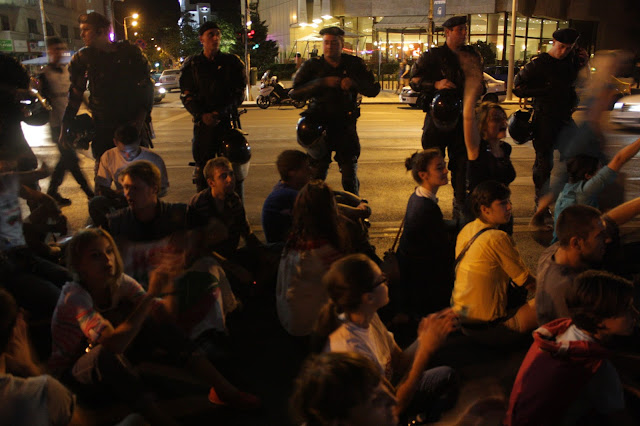 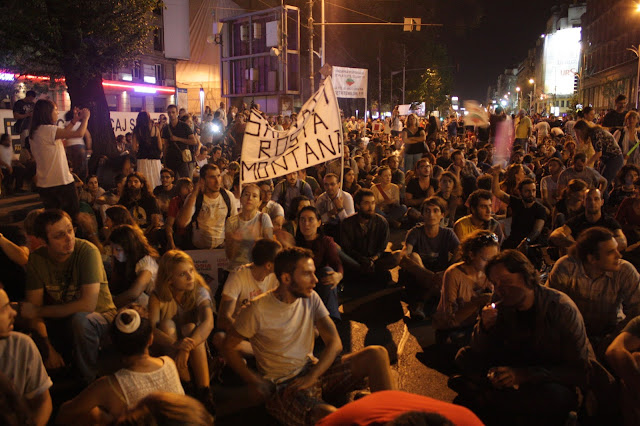