Adina turned 30, and she threw a party in Cluj. I arrived on Friday evening, slept at Alexandra Gavrila (& Ale Cosma & Arpi), drank beer, talked, listened to Ocean Drive. Slept until 2 pm, then went to meet Adina. Goga and Edi had come from Bucharest too, but they weren't at Adina's apartment when I got there. They arrived a bit later with a lot of presents and flowers. Adina was very happy. She also received from them a silver bracelet with a small heart. Party in Papillon, then some more party in Shelters, then I slept at Ciupe's place. I was tired and drunk, and I fell asleep immediately. I woke up in the morning at 12. Ciupe's dog Gustav got in the bed, and was all over me, the most affectionate & crazy dog in the world, huge, loving and extremely enthusiatic. I turned my head and I saw Ciupe with Sara on his chest kneading her paws (facea painici). It was extremely sunny, and his room is so much bigger than mine. I had a glimpse of what happiness looks like. To wake up like that, in a room with many animals (or at least a dog and a cat), with your partner, and the animals equally distributed between you two; and of course, a big room and a lot of sun. I was hungover, but not feeling bad at all. This was the morning's soundtrack: Heartless Bastards - Only For You [HQ]. We went for a walk with Gustav- Cluj was cold and sunny. After some small, narrow streets, we were on the main boulevard, then right on the shore of Somes. Gustav was excited and playing in the snow, not so much snow as in Bucharest though. And Ciupe told me a great story, that he once spotted a white hamster on the shore of the Somes river. The animal was carrying some big piece of food. He showed me the exact spot where he had seen it. No coffee until two hours later when we arrived at some restaurant with Hungarian decorations where Adina will organise her wedding. But until we got there, we went to Decathlon to buy some swimming suits. Then we joined the others at the Hungarian restaurant and talked about last night. I ate a gulas, which was really tasty, and I also bought a coffee and a beer. I had some doubts about that, but one of the guys said don't worry, it's not such a bad combination. Then we continued our drive to Frasinet- where we stayed for almost two days in a wooden guesthouse, with a pool room.
The pictures are from the last day, when we took a short walk in the village. The light was incredible, and so were the hills. On the second day we stayed in some jacuzzi-like thing, outside, at -15 degrees, and it was so nice. We drank some wine, not a lot though, cause it was hot inside, and even got outside a few times to put some snow on my face and hands, then returned to the jacuzzi (it used to be a more traditional ciubar, but the owner had replaced it). 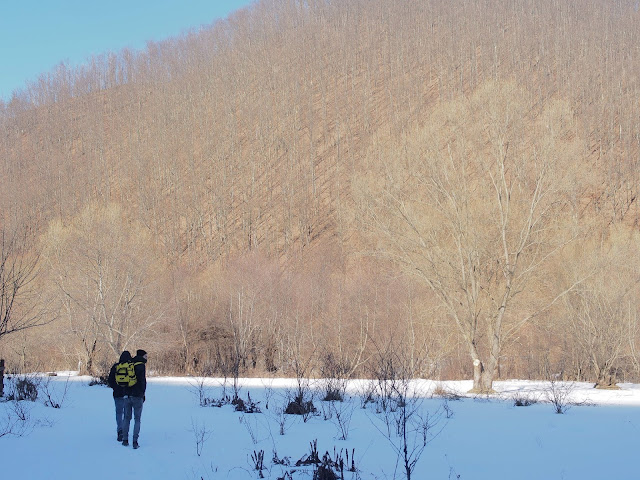 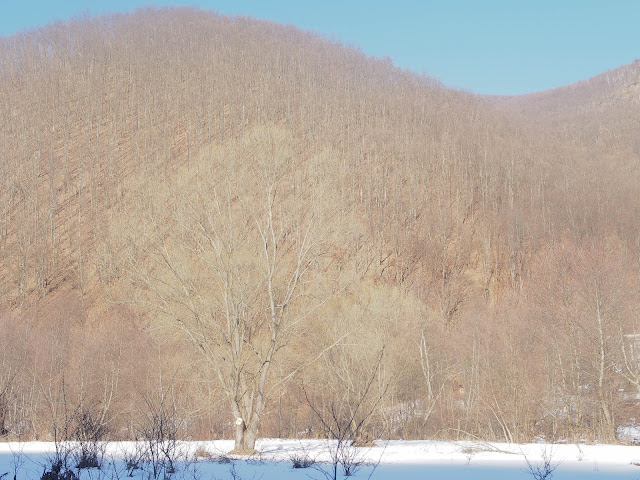 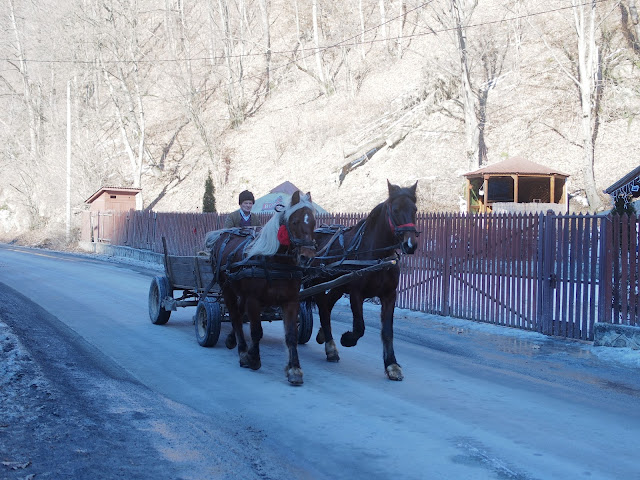 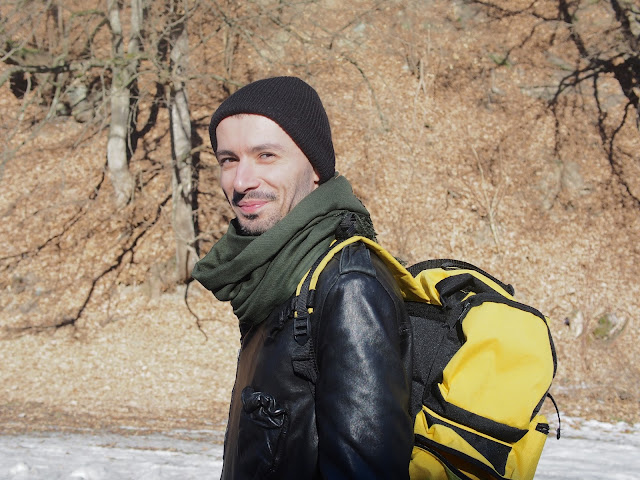 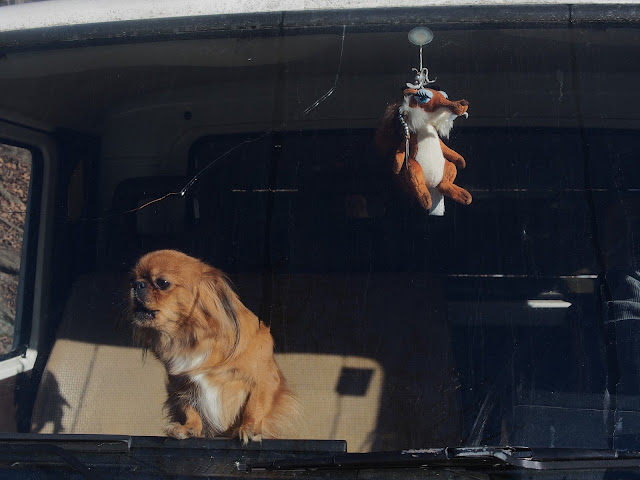 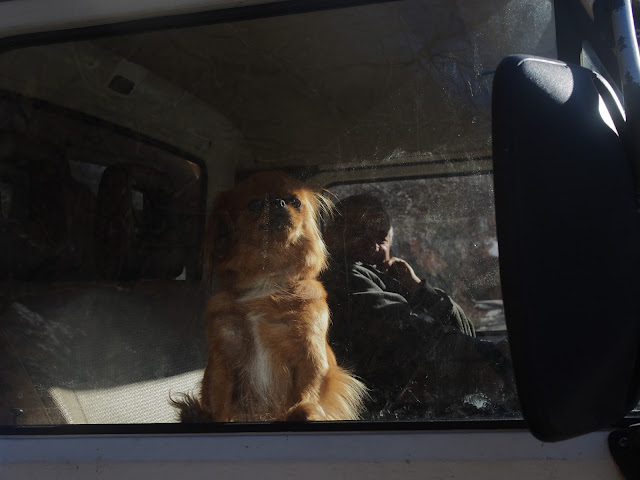 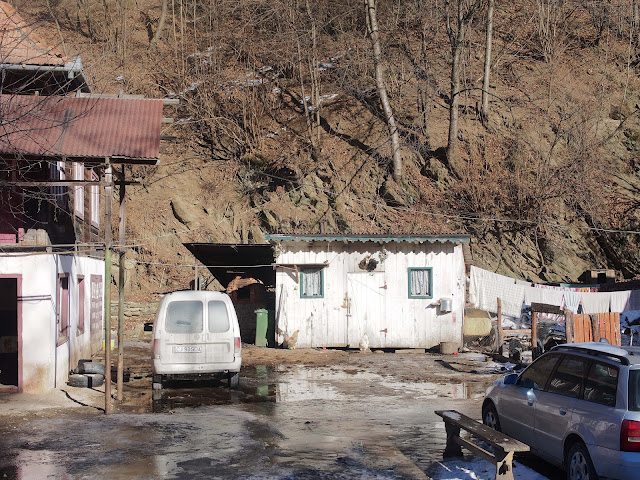 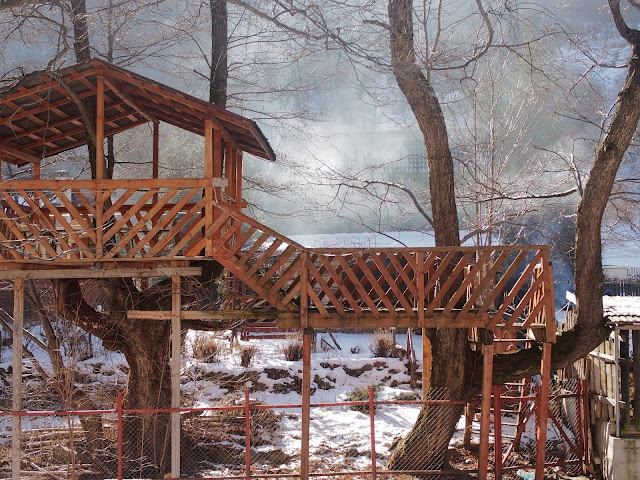 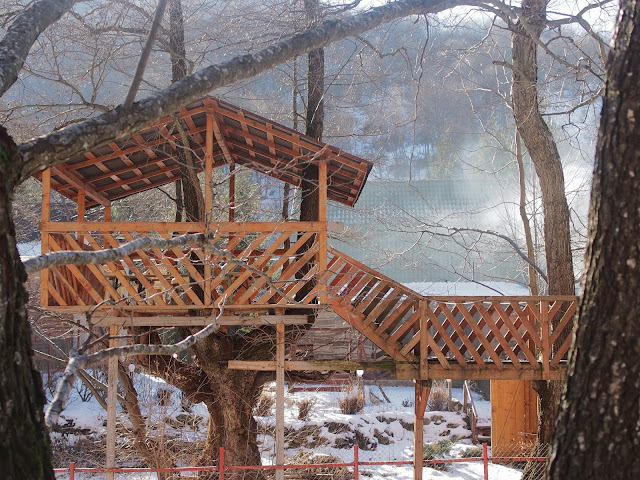 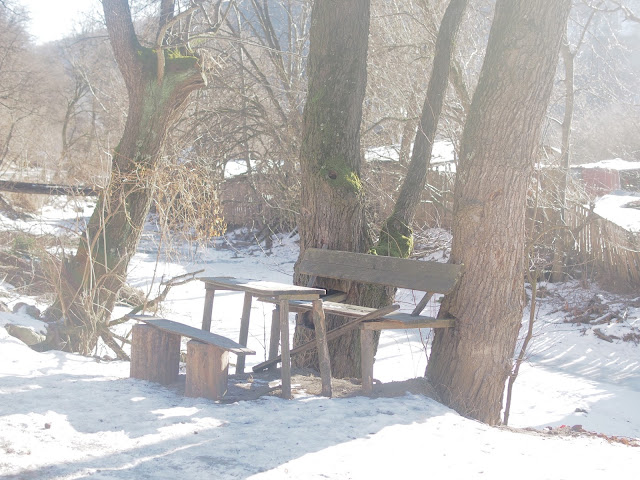 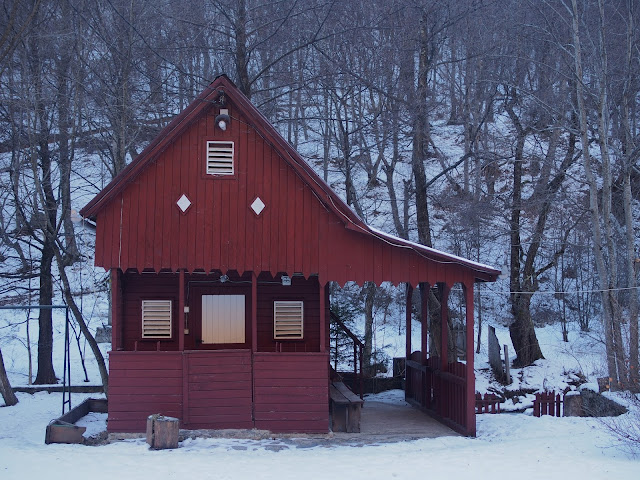